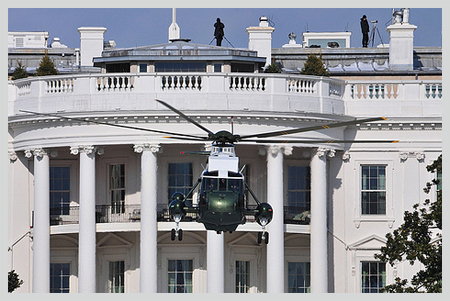 These days, everyone is asking, “Which candidate will have a greater effect on our economy?” It’s a fair question, but let’s be realistic. No president is going to quickly and permanently reverse our financial fortunes.

I’d like to suggest a guaranteed way to improve our economy.

Instead of politicians, this way comes from pastors. Because pastors, under the influence of the Holy Spirit, have more influence on the economy than presidents.

In 1738, Jonathan Wesley began gathering people in groups to study the Bible. If you’ve read Dickens, you know that this period of England’s history was full of poverty, disease, slavery, workhouses, and child laborers. By 1798, there were over 100,000 Bible study groups throughout the nation of Great Britain. The next hundred years are known as “The British Century,” because Britain became the most powerful and prosperous nation on earth.

In 1796, Hans Hauge began distributing Bibles throughout his native Norway. Hauge launched over 1,000 Bible study groups in a country of only 800,000 people. By 1814, Norway broke free from  enmark, wrote their own constitution, and became one of the most prosperous nations on earth.

In 1857, America reached her lowest percentage of church attendance. Not surprisingly, our economy tanked as well. In desperation, Jeremiah Lanphier convened a prayer meeting in New York City. That sparked a movement that saw Bible reading reach an all-time high. The picture of frontier America is a family, gathered around the kitchen table after dark. A candle is lit. As mom and grandma do handwork, children play quietly, and dad reads the Bible out loud for an hour or so. By the end of the World War I, America had become the most powerful and prosperous nation on earth.

Coincidence? I don’t think so.

The Bible has a transforming effect on people. That transformation isn’t just spiritual, it can be economic as well. When a man learns integrity, not only do people trust him, he produces better work. Better work means better products, better pay, and prosperity for the people around him. When enough people are shaped and sharpened by biblical values, a nation is changed.

2. Americans read the Bible less now than any time in the past 100 years.

According to Gallop, in the 1980’s, 73% of Americans read the Bible. By 2000, that number was down to 59%. I’m pretty sure it’s fallen further since then. I read recently that 34% of church attenders read the Bible regularly and 21% read it “sometimes.” That means almost half our church members depend on their pastors’ sermons for most of the Bible content they receive. Non-church-goers receive little or no Bible input at all.

We can blame politicians for the economic mess we’re in, but I don’t think they’ve got the power to change things significantly. What can change our situation is what has changed our situation in the past. And that’s the Bible.

Imagine pastors inspiring their people to read the Bible. Imagine churches inviting their neighbors to come and understand the big picture of the Bible, so they can read it for themselves. Imagine the character transformations, the salvations, and redemptive lift brought on by biblical work ethics and lifestyles. That’s where pastors come in. We get to call people to Bible reading, Bible study, and Bible application. I believe the solution for what ails our country is a Bible-Reading Revolution, church-by-church, block-by-block, and city-by-city. That’s why I believe that pastors have greater influence than presidential candidates.

3. Prosperity and Bible-reading go together.

God promised Joshua that if he would meditate on Scripture day and night, he would be prosperous and successful (Joshua 1:8). God’s promise to Joshua may not be an ironclad guarantee for us, but locked inside the promise is a principle: Read Scripture regularly and you will be transformed. Live it out, and your life will prosper. That principle applies nationally as well and individually.

What happened in the late 1800s can happen again. I’m confident God wants it, and I know every pastor wants it too.

Tomorow I’ll outline a strategy to make it happen.

Come on pastors, let’s launch a Bible Reading Revolution together!

Previous Post: « The Great Commission is Our Commission
Next Post: How to Revolutionize Bible Reading in Your City » 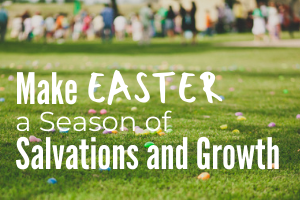 I Need Help To…