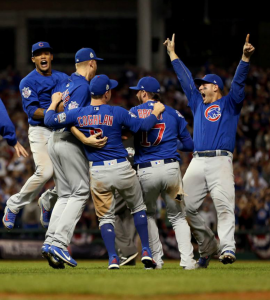 A church campaign takes money, and some work.  You have to rally the troops and stir up some momentum.

Then there’s your hidden concern that it won’t pay off.

I felt that way. Until we did our first campaign.

What is a Church Campaign?

A church-wide campaign is a relevant, broadly-appealing, well-timed sermon series that includes personal readings and weekly small group studies with the sermon series.

Our first church campaign was The Purpose Driven Life by Rick Warren. During that campaign, our attendance surged by 10% and our small groups increased by 50%. People came to Christ every week, and maturing members of our church made significant discipleship decisions every week.

We learned a ton from The Purpose Drive Life Campaign. Our primary lessons were:

Since then, we’ve been holding church campaigns two to three times a year, every year.

What Makes for a Great Church Campaign?

1. The pastor is excited about it.

If you’re not excited, no one will be. Pick one you really want to do and your contagion will be catching.

2. The topic has broad appeal.

3. Outreach Campaigns must have “invitability.”

You can do campaigns focused on equipping your church, but if you’re going to reach out, you have to have a topic people can invite their friends to. Our easiest invitation was, “Would you like some help with your marriage? Our church is going to be talking about that for the next few weeks. Would you like to join a group with me?”

4. There must be a book with short, well-written readings.

One of the strengths of a campaign is that it gets people involved in personal devotions by using a book.

5. There must be a small group or Sunday school class component.

What makes a campaign a campaign is that everybody’s talking about it mid-week.

6. Cost matters to most churches.

The Purpose Driven Life was a stretch for us because you had to buy the book, the study guide, and memory cards. Most church people will pay $10 for a study, but not much more. So we like to find campaigns that have the book and study guide combined.

7. A tie-in is always helpful.

Part of the success of Fireproof and To Save a Life was that these movies had just come out, creating some buzz for us. If/when you try these campaigns, I suggest you show the movie at your church a week or two before you launch the campaign.

8. Length is a consideration.

The attention-span for most campaigns is about four to six weeks. Future History worked as a longer campaign because the history and prophecy sections made it feel like two series in one.

Great campaigns don’t happen by chance very often. Most of the time, they’ve been carefully prayed over and prepared for by the whole congregation.

Our campaign last fall was I Love Sundays. In our church, we saw 50 people come to Christ, 200 new people enroll in Small Groups, a 17% attendance bump, and lots of joy and reoriented thinking about people’s pace of life. As our Worship Pastor said half way through the campaign, 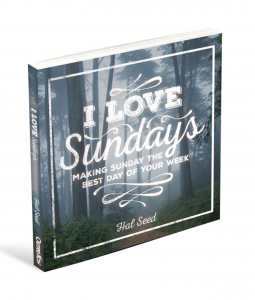 “This series calls to people. We’ve been waiting for permission to live this kind of lifestyle.”

Here is the story that a pastor friend of mine told me:

“There has been a tremendous outpouring of the Holy Spirit in convicting all of us of how we have treated Sundays.

One of my associates came to me and shared that he had to really make some adjustments in his life. His eyes were watering. He has been doing great work for the Lord, but leaving his family to fend for themselves. After our first service he left and went back home to GET his family for the second service. On the way back to church he had a talk with his wife and his great-grandsons, who they are raising. After the second service at the back door the smile on his wife’s face was absolutely radiant. She hugged me and said, “thank you pastor for letting God use you to touch my husband’s heart.”

Last week I had a member bring her sister to the office to talk with me and to pick up a I LOVE SUNDAYS book. During our appointment the sister made a decision for Christ and the member rededicated her life.”

Now is the time to make plans for a church campaign. The best times for campaigns are January, following Easter, and in the fall. You will want to start working on it three months in advance.

Holding a church campaign is far less risky when it has been successful for others you know. Trust me, a campaign is good for your church’s health and growth.